Logical continuation of the popularity of the sport was the opening of the Ice Palace and the establishment of the Republic of Komi only professional women's hockey team "Arctic University", the presentation of which took place on September 3, 2012. Ukhta is an ancestor of women's hockey in Komi Republic. It was here that in 2004 there was the first amateur team - last love of Ukhta’s legendary coach, Nikolai Liu. It was his idea that ​​"Ukhta will have women's hockey" and gave impetus for the emergence of professional women's hockey team “Arctic University". 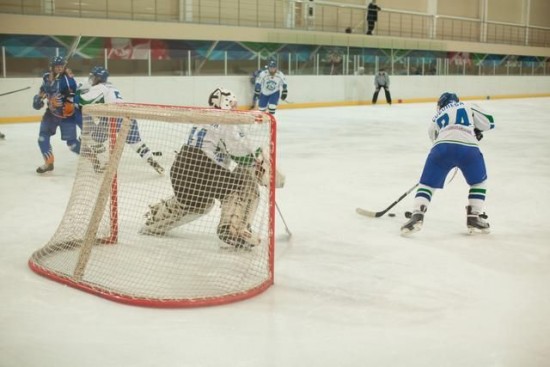 A construction of the Ice Palace - the ice rink, locker rooms, gyms - resulted in a fateful decision issue. Rector Nikolai Tskhadaya and Chairman of the Board of Directors of “Arctic Morgeo", Sergei Yegorov, a former USTU student, at a special meeting decided to have a women's hockey team in Ukhta - only now they had to start from scratch. The women's team is multinational, among them the young star of the youth team of Russia, Maria Shepelinskaya. Coaching staff includes the best scorer in the history of the Kazan hockey, who holds the record for the season 1982-1983 - 91 points in 76 matches, Master of Sports, Honorary Worker of Physical Culture of Tatarstan, Sergei Stolbun . Ukhta hockey players are earning the experience in competitions the hard way: the success of these women in Russian championships is still very modest, but the skills can be acquired, and the character and the will that is needed to earn the win is there.