Exhibitions are available only with the tour-guide. The amount  of visitors per one tour: not less than 10, not more than 20 people.​ Advance tours booking (at least 2 days ahead) is desired.

The Museum of history of the UII-USTU was created in the mid-1990 's. It fit two small rooms where thematic exhibitions were periodically held . Along with the exhibitions, since the year 2000 the scientists started to collect and organise the documents, books, all the subjects that later became parts of  exhibitions.

Solemn opening of the new halls of the Museum of the history of the USTU was held in June 2009 - in the honor  of a decade of appropriation a university status by the USTU. In the second room the first half is devoted to the history of Ukhta camp , the second- to the  development of the oil and gas industry, the emergence of Ukhta State Technical University and its faculties: geological prospecting and oil and gas engineering. In the fourth hall, some parts of the exposition are devoted to the history of the development of forest industry in Ukhta area and the activities of the medical faculty, while the other is illustrating infrastructure development of the city in the1930s. The fifth room, entitled "Physics is poetry", presents materials from various departments of education  and its main adornment is a bust of Alexander Pushkin. Sixth room is being replanned to be dedicated to the electrification, information technology, economics, and the Faculty of FEU and FIT.

In the seventh room there is a Theater Lounge, which design is based on the contrasts between the camps history of Ukhta  and  works of modern bands of the USTU. The eighth Hall contains a Gallery of Light-boxes in the form of a photo collage of contemporary University life personifying "River of time", leading to the temple. 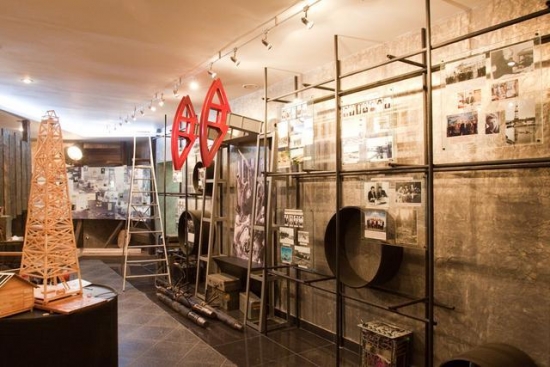 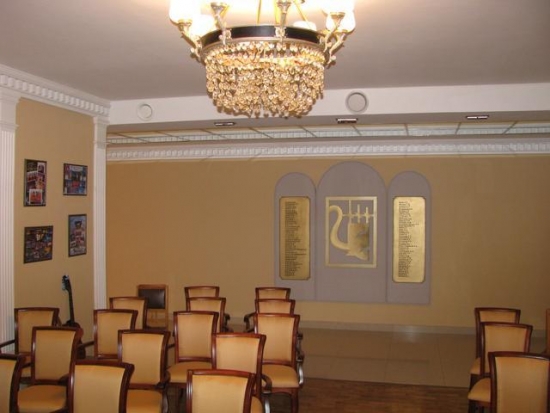