A solemn graduation ceremony at Ukhta State Technical University took place on June 21. For the second consecutive year the ceremony was held in the USTU Burevestnik sports complex.

The celebratory event was opened by the University Rector, Professor Nikolay Denisovich Tskhadaya. In his welcoming speech to the graduates he said: "The reputation of the university and the graduate’s reputation are interdependent and directly proportional to each other. Diploma of Ukhta State Technical University would be the best recommendation for you in many regions of the country, at many largest and well-known enterprises, while your successes, in turn, increase the reputational capital of the University." 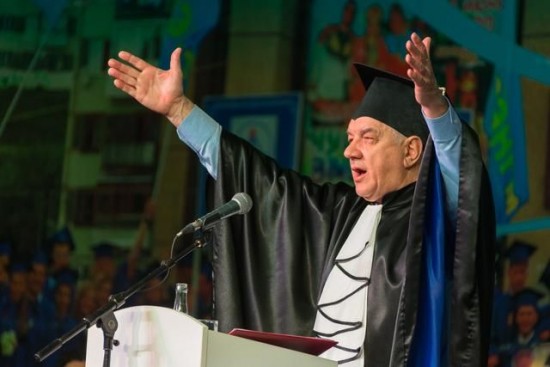 This year the graduation speech was delivered by a graduate of the Department of Public Relations, holder of a diploma with distinction Ksenia Lanovenko, after which 1326 young specialists, bachelors and masters of the Institute of Oil and Gas, the Institute of Mechanics and Manufacturing Technology, Institute of Economics and Management, Faculty of Geological Exploration, Faculty of Architecture and Construction and Faculty of Information Technology received their diplomas. 70 graduates became holders of diplomas with distinction. More than 650 diplomas were given to graduates of USTU Mining and Petroleum College, USTU Industrial Economic Forestry College and USTU Industrial College.

At the end of the solemn ceremony a column of young specialists in blue and green robes traditionally marched through the streets of the city. The event finished with taking photos on the steps of the Park of Culture and Recreation and a concert featuring performance of the University’s creative amateur art groups. 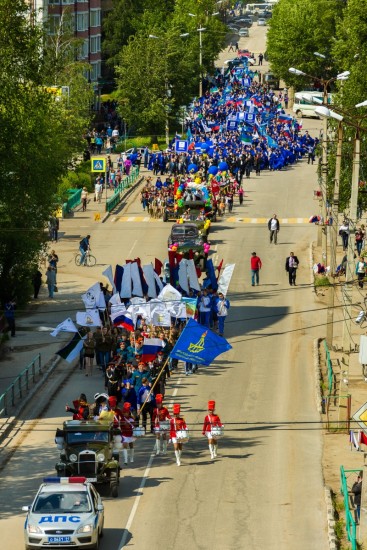