Professors from the USA Nicholas Ourusoff once again visited Ukhta 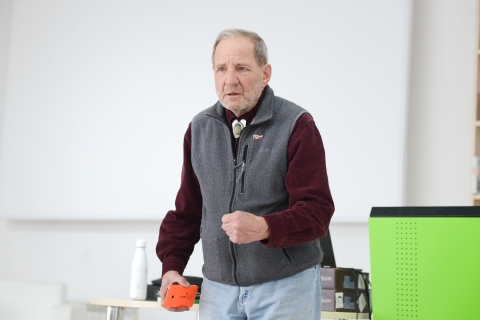 A teacher from the USA, a good friend of our university, Nicholas Ourusoff visited USTU once again. This time, the professor flew into the Ukhta airport on March 12. The task of the professor was to conduct lectures at the department of computing, information systems and technologies, as well as the organization of seminars and master classes for students and teachers.

After arriving he with the students of the preparatory department and the staff of the international department visited the excursion in the geological museum named after O. S. Kochetkov, this year reopened to visitors after a long reconstruction. This museum has a unique collection of rocks, containing more than a thousand copies.

However, the key moment of the stay of the American teacher in our city was not at all an excursion, but a series of open lectures entitled “What Are We Creatures?” dedicated to the American linguist and politician Noam Chomsky and his ideas. Lectures were scheduled three. All of them were held in English in the conference room of the business incubator.

The first lecture on "Introduction to Chomsky's ideas" was held on March 14. The lecture discussed the biography of the linguist and issues of human nature (such as free will, expression and creativity, the essence of the language). Also mentioned was Chomsky’s contribution to theoretical linguistics and cognitive science, universal grammar, Chomsky’s hierarchy and his other ideas.

The next meeting was devoted to the topic “Man as a social being,” and was held on March 15th. Unlike the previous one, this one was more oriented to politics. There were questions about American democracy, terrorism, and worldview. The audience also got acquainted with the model of media propaganda.

The third lecture on the topic "Secrets of Nature" was held on March 18. At this meeting there were answers to questions about the nature of the language, the human ability to understand the world and the cognitive limitations of man.

The professor also taught to students of the Department of Computer Science and Information Systems Technologies. Together, they took an introductory course on Jackson software development. The course was called Introduction to Software Engineering - The Ideas and Methods of Michael Jackson and consisted of 6 academic hours.

At the second lecture entitled “Development of the Jackson System”, students were familiarized with the first “object-oriented” development method. The lecture talked about entity structural diagrams and implementation through transformation.

The last lecture on the topic “Problems of Jackson Frames” was devoted to the analysis of problems. The issue of analyzing problems against solutions was discussed and development was described. Also 6 elementary tasks and special problems were mentioned.

In addition to a series of lectures, Professor Nicholas Ourusoff took part in meetings of the Russian-English conversational club, held in the international department. Thanks to the meetings, the students of the USTU had the opportunity to speak with a native speaker of American English, to replenish their vocabulary with new expressions and to get acquainted with the realities of the United States of America.

Another goal of the professor’s visit was to discuss the possibility of further interaction with the USTU and its potential directions. 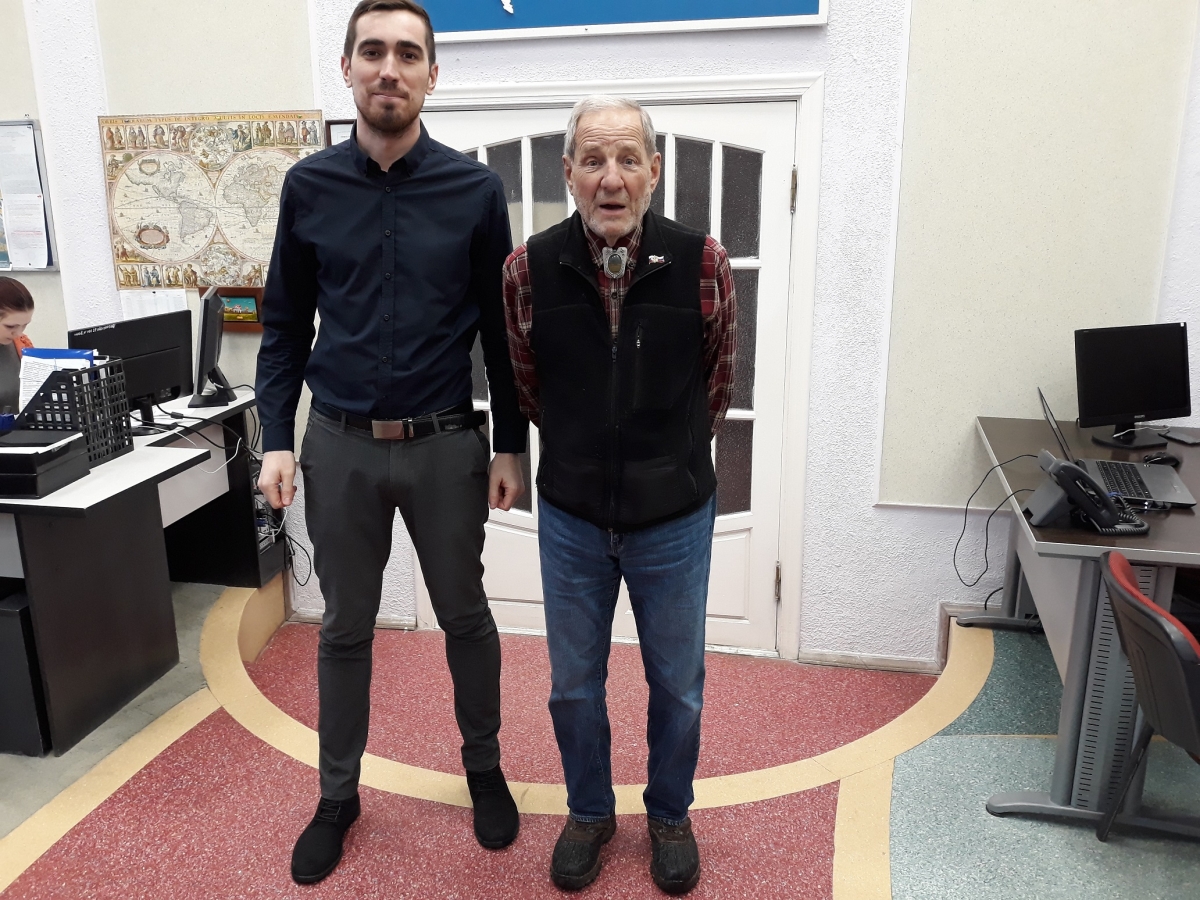 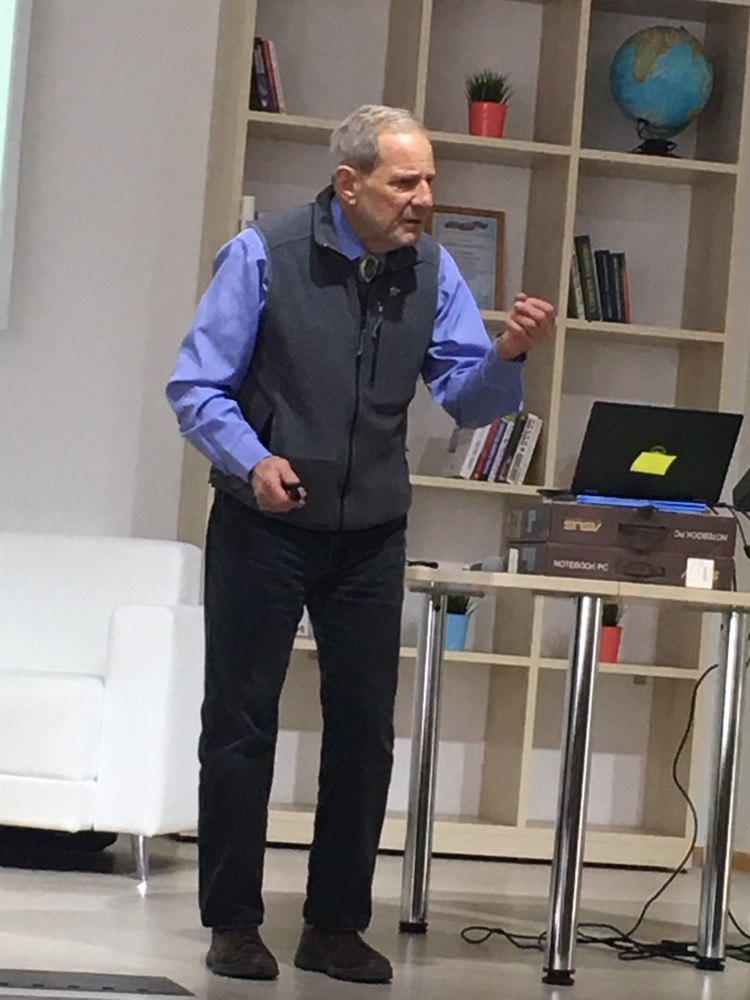 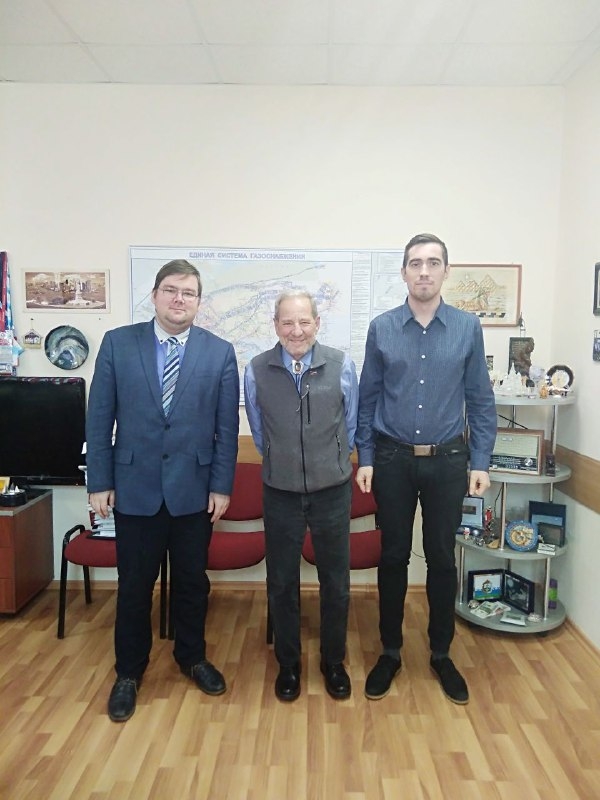 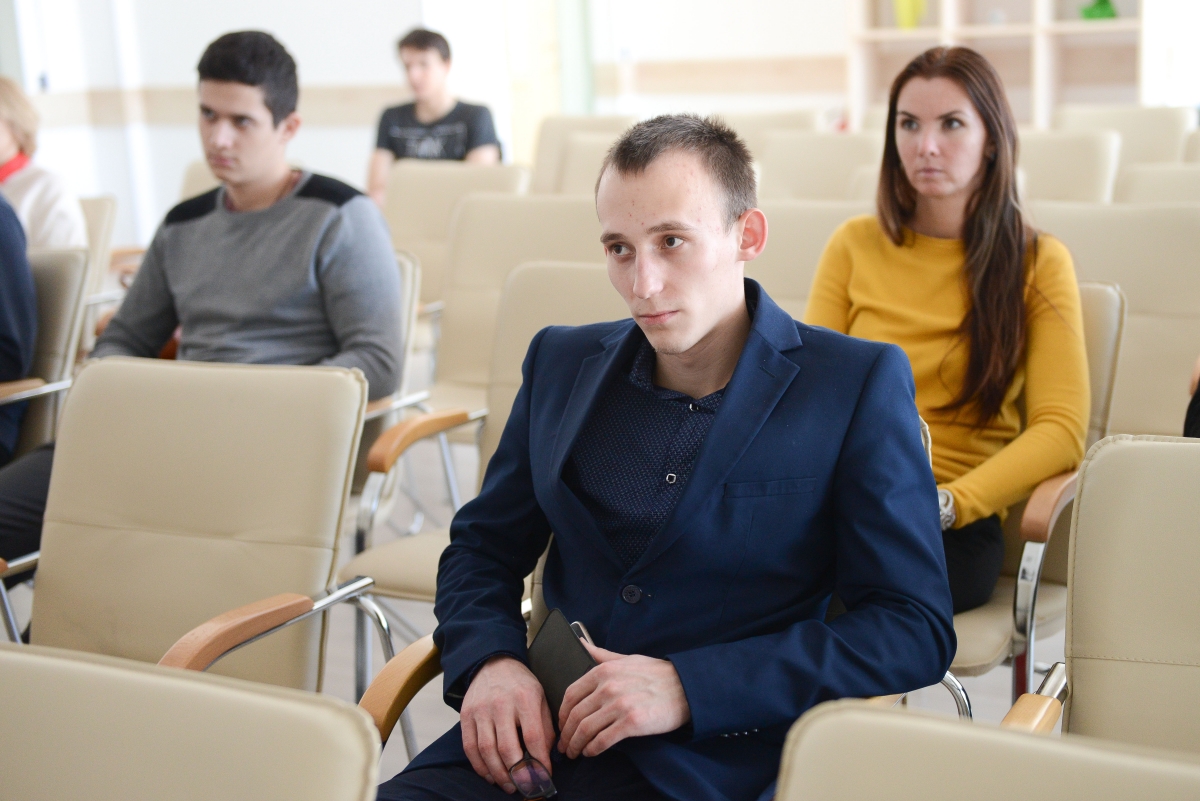