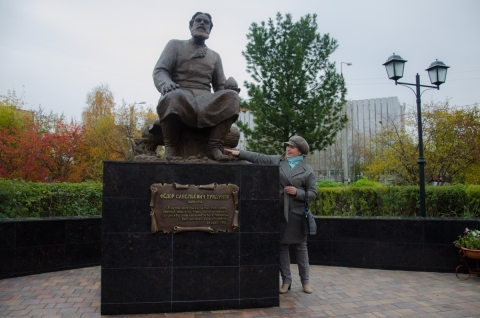 October 4, near the house of life "Service" was the Grand opening of the monument to the first Russian oilman Fyodor Pryadunov. This event is doubly significant for USTU staff and for all Ukhta residents, and in connection with the work on the social and communicative project "Ukhta – the birthplace of the first Russian oil", which has been implemented by the University for nine years. The semantic focus of the project is the personality of Theodore Fyodor Pryadunov.

The first stage of work on the opening of the monument was the improvement of the adjacent Park: the event was timed to the anniversary of the oil and gas industry. All works were carried out within the framework of cooperation between the government of the Republic of Komi and LUKOIL. The main participants were the Ukhta refinery and the administration of Ukhta.

It is near the house of life "Service", on the site of the opening of the monument, 14 years ago was laid the Foundation stone. The idea of the installation belongs to Anatoly Kozulin, a local historian known far beyond Ukhta. It was he who bit by bit for many years collected and studied documents about Fyodor Pryadunov, worked in the Arkhangelsk and other archives of Russia.

A lot of interesting facts from the materials collected by the local historian, sounded on this day at the opening of the Director of the Ukhta Museum of local history Oksana Gritsenko and the host of the event, assistant General Director for public relations Ukhta refinery Roman Kvashnev.

The opening was attended by one of the representatives of the creative group of artists who created the monument, an honorary member of the Russian Academy of arts, honored artist of Russia, people's artist of the Republic of Komi Anatoly Neverov.

– Like Fyodor Pryadunov, I am an Archangel, a man of the North, so the monument was created with special inspiration, - shared Anatoly Iosifovich creative secrets. - I am glad that Ukhta immortalized the memory of the oilman.

On this day, many Ukhta residents came to the solemn event for the city.  After the white cloth was removed from the memorial sign, the citizens were photographed with the new symbol of Ukhta.

- In General, everything turned out very harmoniously: "kerosene" lanterns, benches decorated with oil droplets, urns in the form of scrolls! Beauty! – shared his emotions the niece of local historian Anatoly Kozulin, utinka Evgeniya Ovodova. – The idea of installing the monument my uncle filed back in the 80s, and in 2005 he wrote a book about Pryadunov "Mysteries of the oil plant." Coincidentally, on the opening day of the Foundation stone, he received a print run of his book. He was happy. I am sure that he would have liked the monument 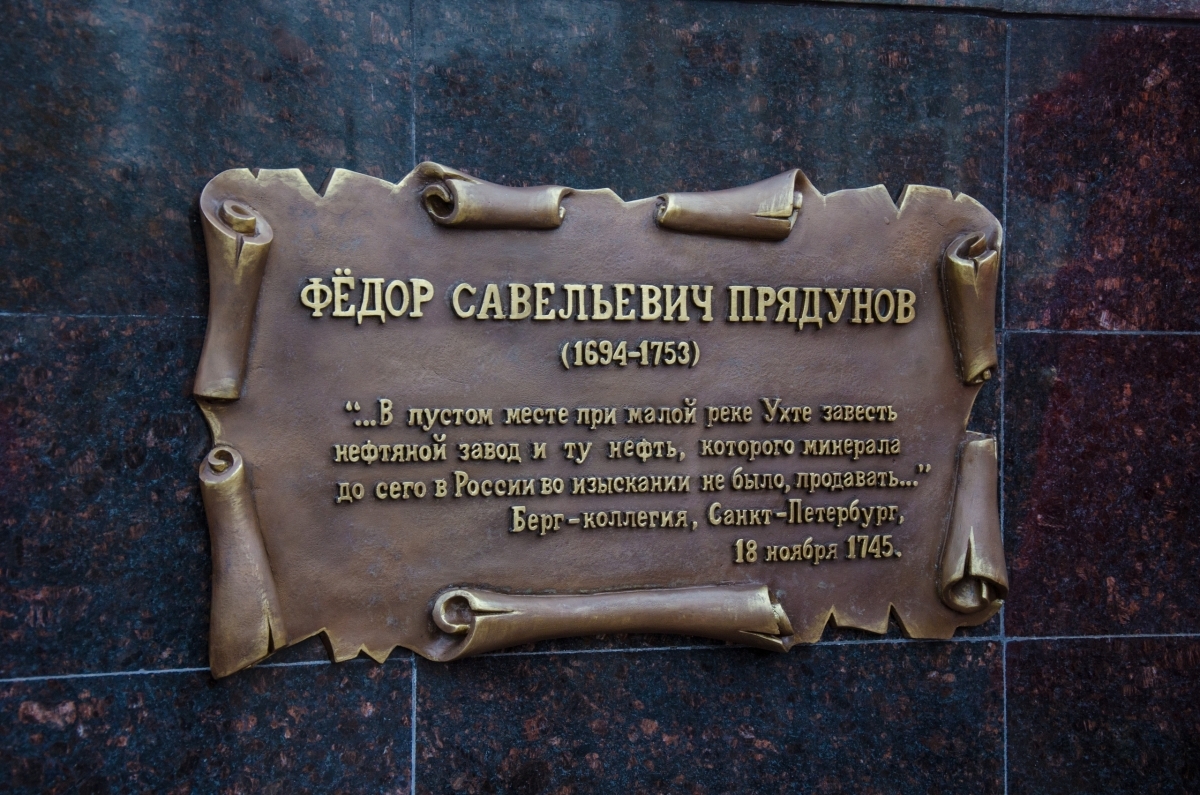