“Great and mighty” - for international students 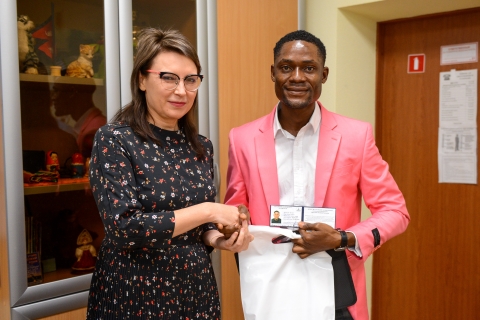 On October 21, the second group of the preparatory department celebrated the beginning of the school year in a festive atmosphere at the international department. Among the future students are young people from Ghana, Liberia, Zimbabwe.

In the lesson, future students met their most important teacher, Valentina Sangadzhieva, who will be their mentor during the school year and help to penetrate the depth and beauty of the Russian language. From the first minutes of the meeting, Valentina began to gradually introduce future students to the peculiarities of the Russian language. Acquaintance took place in an interactive game form, easily and naturally. Both young people and the teacher received many positive emotions.

Pupils of the preparatory department were admonished by those who had already studied the basics of the Russian language and are now students of the Ukhta State Technical University.

In addition, kind words and parting words were heard from the lips of the vice-rector for educational and methodical work Evgenia Shebolkina and teachers from the USA Schulte Michelle and Campbell Anna. 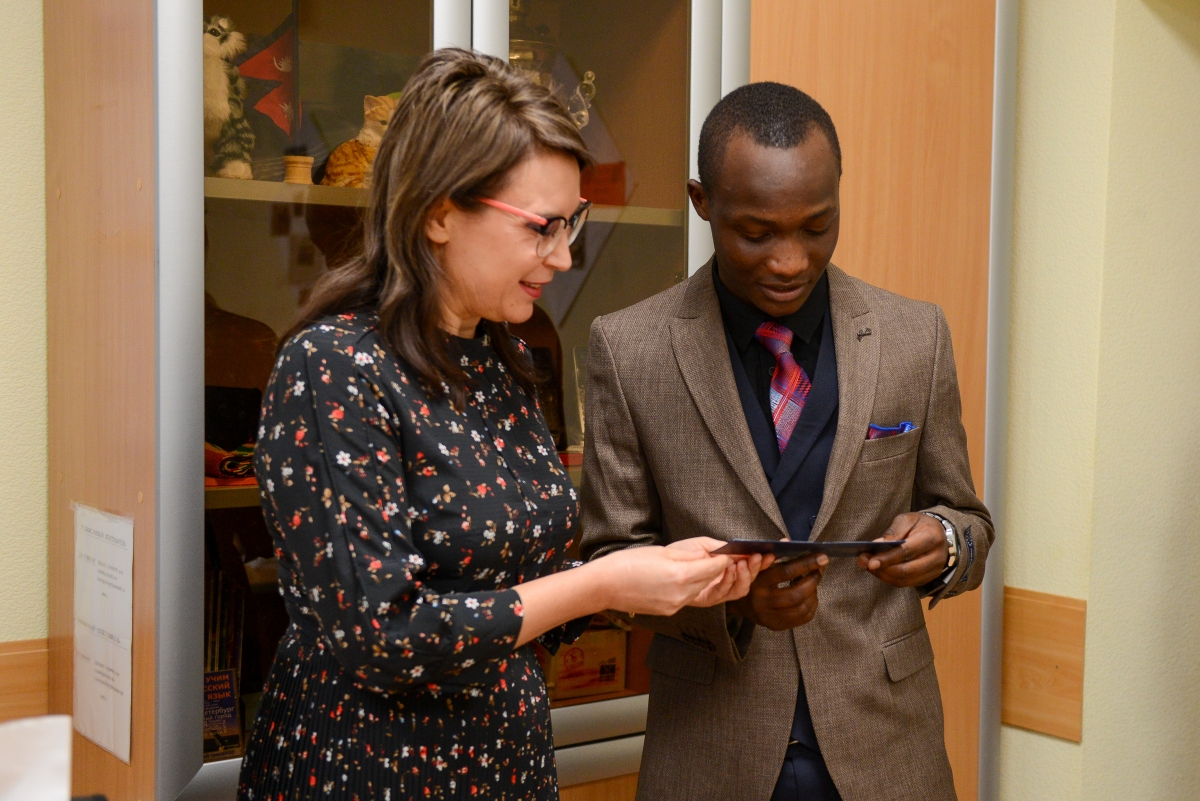 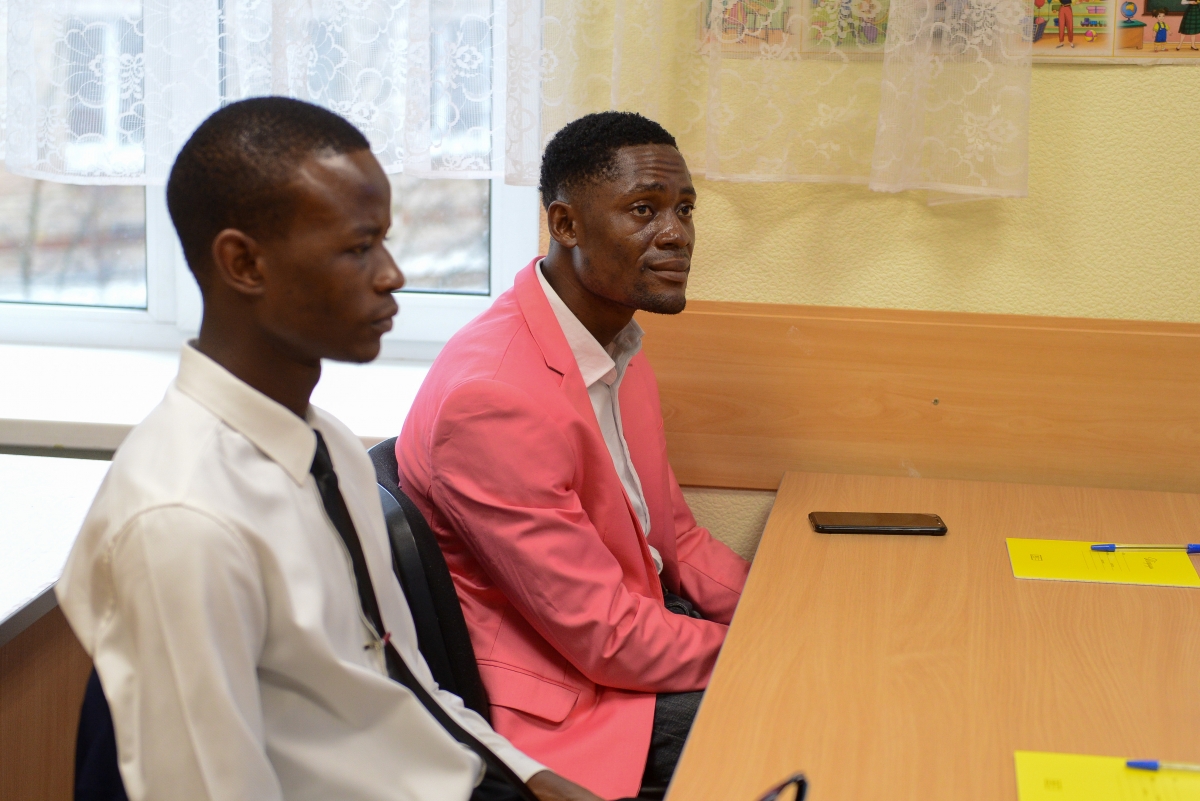 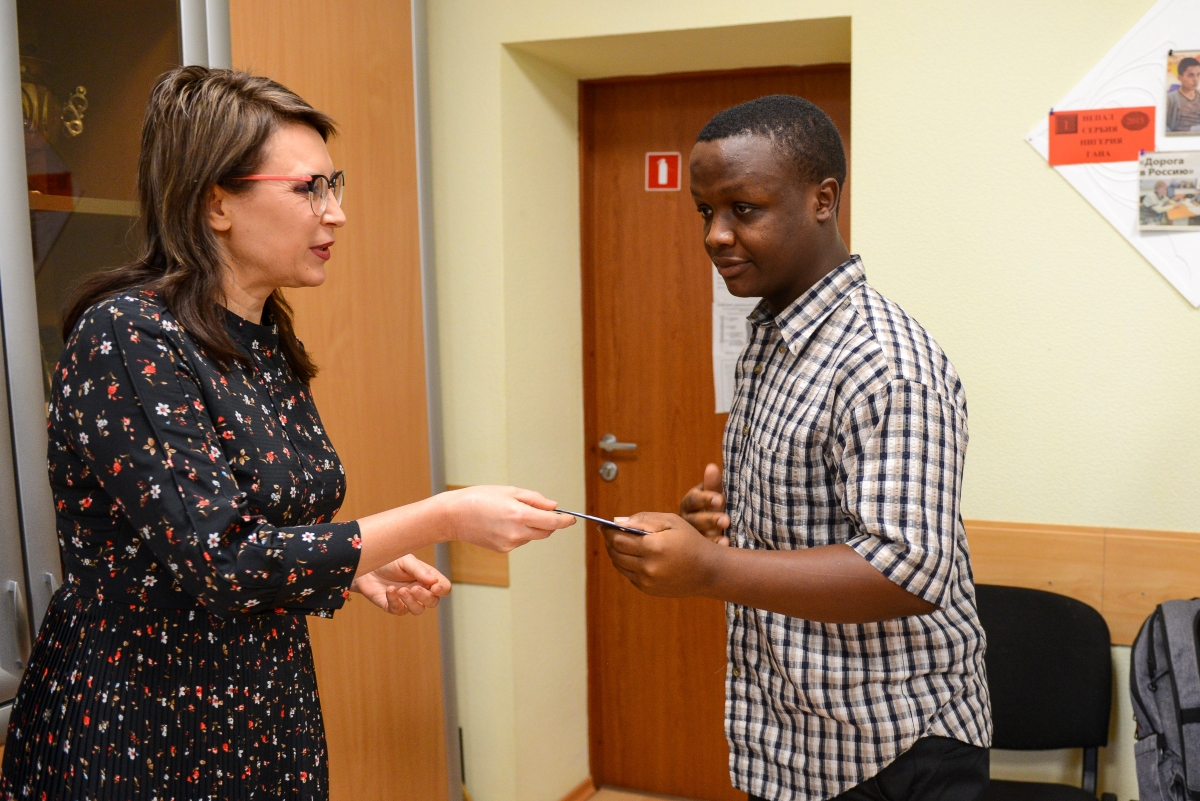